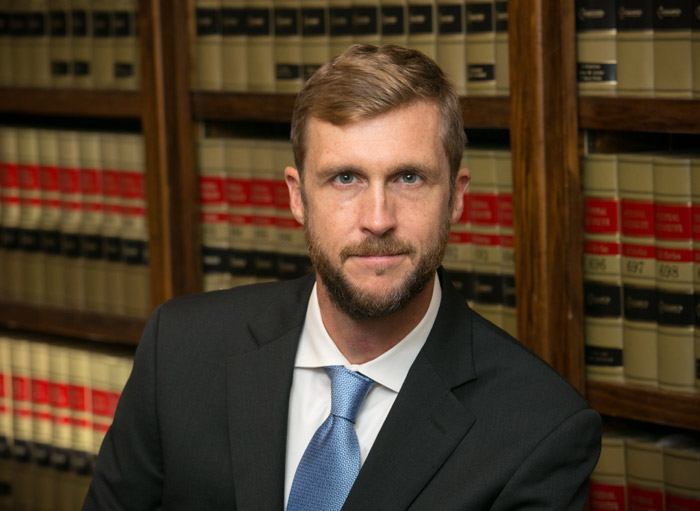 Troy Hendrick is an experienced and creative trial lawyer in DeKalb County, Georgia. Troy’s firm has been operating from the same office in the shadow of the DeKalb County courthouse for 10 years. He is a former prosecutor with an impressive and constantly growing resume who has handled thousands of cases from DUI, drugs, violent crimes, traffic and civil cases, and many others throughout his career.

Troy has always been connected to the country’s roadways. He spent several years before his legal career using his undergraduate journalism degree as a motorcycle travel journalist for the national magazine publication RoadRunner Motorcyle Cruising and Touring. Troy feels strongly that this career contributed to his ability to understand people of all walks in this diverse country. After all—it is people who end up in the jury box. All too often, egotistical lawyers treat jurors like an audience that is there to watch and learn from them. Troy learned that if you don’t understand people, if you don’t listen to them, if you can’t see things the way they do—they’ll never trust you. At the end of the day, it’s Troy’s sincere passion about and understanding of people that makes him a winning trial lawyer.

In addition to Troy’s impressive career as a traditional criminal defense attorney, Troy pays homage to his roots on the roadways in the law firm—his employees maintain the largest traffic defense division in the State of Georgia. The experience of the office Troy created 10 years ago is unsurpassed in traffic defense. Troy’s traffic defense division has been around longer than others in the same field have been practicing law.

Additionally, over the years, Troy expanded his persuasive trial tactics to Personal Injury and Accident representation. Troy’s understanding of the laws of the roadway, his experience of putting hundreds of thousands of miles on a motorcycle, and his extensive and detailed understanding of traffic accidents through the traffic defense division all provided perfect experience to put his skills to work for those injured in auto accidents and other personal injury claims.

Troy has lectured for the Prosecuting Attorney’s Council, the Judges and staff of the now-defunct (thanks to Troy, see below) Dekalb Recorder’s Court, trained law enforcement officers in search-and-seizure law, and been a guest on the Midnight Trucking Radio Network answering legal questions from professional drivers all over the country, and is frequently contacted for expert opinions by local news media.

Troy has spearheaded multiple cases through litigation with separate values and recoveries for his clients in excess of one million dollars, including negligent security and serious motor vehicle collisions. Troy has been named a Georgia “SuperLawyer” by Thomson Reuters every year since 2018 in the area of Personal Injury. Since 2012, Troy has annually been named one of Georgia’s “Legal Elite” by Georgia Trend Magazine as selected by his peers in the legal community, and was named a “Rising Star” by Thomson Reuters’ “SuperLawyers” publication for 2014, and again in 2015 (superlawyers.com). In January of 2015, Troy was awarded the prestigious “President’s Commitment to Justice Award” by the Georgia Association of Criminal Defense Lawyers for his solo litigation which resulted in the dismantling of the state’s biggest traffic court, the DeKalb Recorder’s Court. In addition to his membership in good standing with the Georgia Bar, he also belongs to the Georgia Trial Lawyers Association (gtla.org), and the Dekalb County Bar Association, and maintains a rating of “Superb” on Avvo.com.

Although Atlanta is now his permanent residence, Troy is a North Carolinian and spends much of his free time outside in the beautiful mountains of North Carolina. He graduated from UNC-Chapel Hill, and from law school at Wake Forest University. His hobbies include mountain biking, fly-fishing, motorcycling, whitewater paddling, and pretty much anything that gets him outside in the “high country.”

Traffic Case
I want to personally thank Mr. Troy Hendrick for his outstanding legal representation. He represented my daughter in a traffic case and in the end the outcome was better than what we had expected. Thank you so much for the aggressive attitude in which you took on our case. Without a doubt your diligence and knowledge of the law allowed it to work for us and not against us. He proved to us the pride in which he takes in his profession and his no nonsense attitude is certainly one to be emulated by any defense attorney. Thank you so much Mr. Hendrick. Words simply can not express my gratitude. You have truly been a blessing to us.

Excellent experience overall, pleasant lawyer and team with positive result
Excellent experience. Responded quickly to the initial request. His staff was helpful in moving information along quickly and always stuck to the schedule. I enjoyed the personalized phone call with the results after the traffic hearing. It sounded like he did some intuitive work to clear two traffic citations and not let one conflict with the other.

Words cannot describe the gratitude and the joy of hiring Mr. Troy Hendrick as my attorney to represent me and a friend with 3 violations that seemed unbeatable. I research about 7 to 12 attorneys to represent me and friends for speeding at 87 mph on a 55 mph limit on 75 north in Fulton county after the speeding stop by a state patrol my friend was also given a violation of littering on highway and no seat belt.

Other attorneys with many endorsements and references were charging above $1,200.00 to represent us. Mr. Hendricks office gave us a quote at half the price of what other attorneys were quoting to take our case.

To make this true story short, Mr. Hendrick got the tickets dismissed!! We were very surprised based on the video evidence and the troopers’ testimony. Mr. Hendricks fought and challenged the evidence, the trooper and the radar device. The Judge and the prosecutor then moved to dismiss the case!! WE WON!!

I used Troy’s services recently for a traffic issue. He took my info and basically handled everything for me from there. He knew what to do and when, it was pretty painless for me. I hope to never need this type of service again, but if I do I will be calling him.

He saved me money.

Troy Hendrick helped me with several traffic citations. It saved me money, and my insurance rates did not go up. I recommended him to several friends.

Troy was extremely helpful and knowledgeable in dealings with my traffic ticket. He is the best and I would trust him again if needed.

I had a traffic incident that Troy was able to handle for me. He was very responsive to my initial inquiry, and asked me to provide some minor details and pictures of the intersection where the incident occurred. From there, he went on my behalf to the hearing, and the issue was resolved without having to miss any work or put any significant time into dealing with the issue. He’s also helped my wife out with a traffic issue, and we had the same great and professional experience in that case as well. I wouldn’t hesitate recommending Troy to any family or friends in need of Defense help. He is certainly a lawyer with character and respect for the law and his clients.

Troy did an excellent job representing me. His office was quick and courteous. I felt like he went “the extra mile” in helping me to achieve the result I was looking for.